The Ruhr area in Germany is located in the west of Germany and is the most important industrial area in Germany. It was formed in the mid-19th century and is known as the "heart of German industry." This ancient industrial town is located on the Rhine River in western Germany. In the second half of the 20th century, Mr. DURIUEU, the designer of the DURIUEU brand, was born in this once glorious industrial town. DURIUEU has been fond of the roar of steam and the sound of industrial gear transmission since he was a child. However, the rapid development of modern industry has gradually dimmed the aura of the once-popular old industrial town. The sound of this era may only remain in movies and phonograph records. 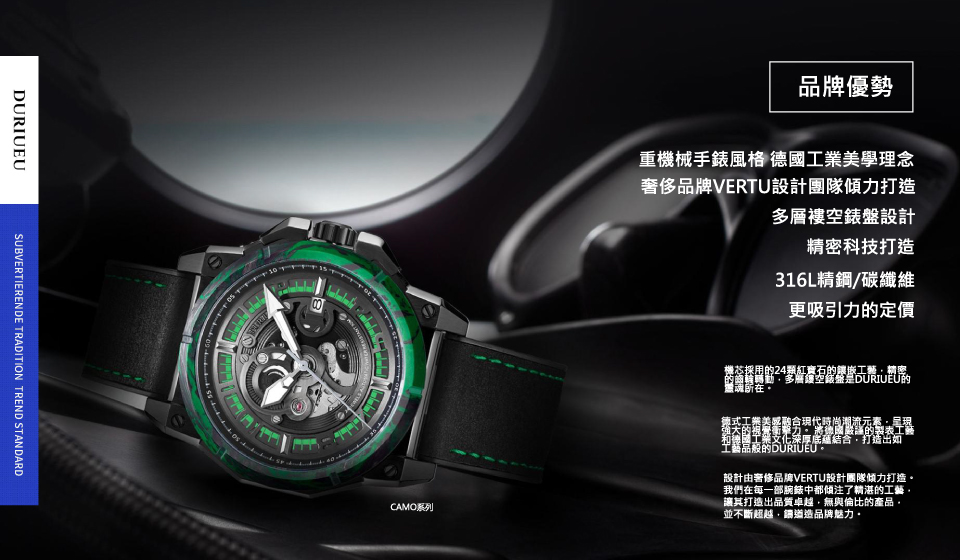 One day, when Mr. DURIUEU is still studying in middle school, he unintentionally opened his grandfather’s drawer by chance. A very old mechanical watch covered with the traces of the years came into Mr. DURIUEU’s eyes. Mr. DURIUEU picked up the watch and put it in his ear and sent it up. The sound of the bar and the sound of ticking walking completely attracted the young Mr. DURIUEU.

At that time, Mr. DURIUEU had never really heard this wonderful sound. It may have been in disrepair for a long time and no maintenance has been carried out. Within a few minutes, the watch stopped moving.
However, Mr. DURIUEU relied on his preference for classical industry and his unique talent for industrial design and mechanical manufacturing. After reading books and consulting watch craftsmen in the town, the stopped watch was repaired by Mr. DURIUEU and walked accurately again.
After graduating from middle school, Mr. DURIUEU began to take courses on mechanical watch design and manufacture in a well-known polytechnic. When he returned to his home town during the school holiday, the old industrial manufacturing factory in his home town became his creative source, making mechanical gears and a series of machine parts an important design element for DURIUEU watches in the future.
After hundreds of modifications by Mr. DURIUEU, a watch design full of German classical industrial aesthetics and modern fashion trend elements was born. A year later, the watch was manufactured by sophisticated mechanical equipment. In this way, a brand new brand DURIUEU was born. 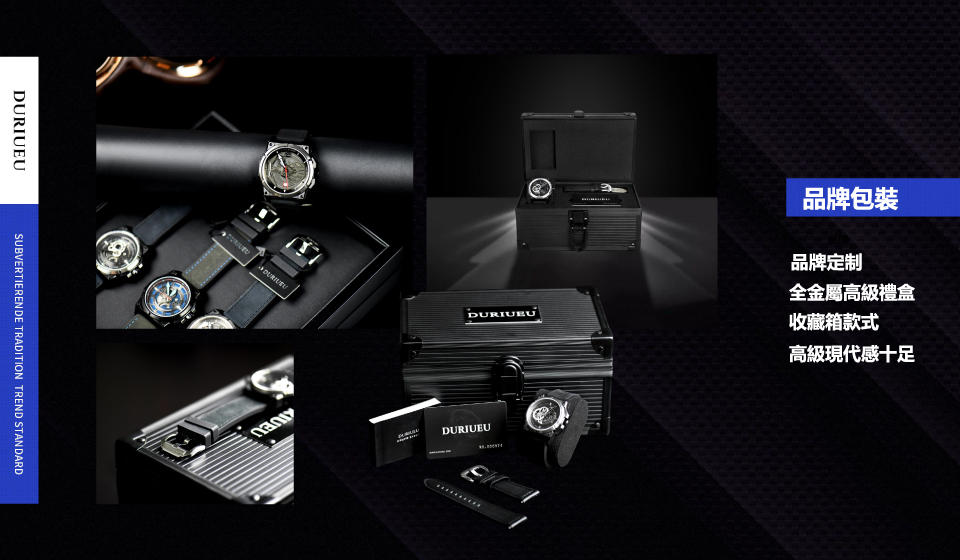