Guinness World Record for the most diamonds set on a watch

Coronet watches have achieved a new Guinness World Record for the most diamonds set on a watch, last year.

The watch, named Mudan, which is Chinese for peony - the “king of flowers” in Chinese culture - features 15,858 diamonds, weighing a combined 50.01 carats.

The piece is set in 18-karat gold and has a 3-D dial painted by jeweler and artist Reena Ahluwalia to look like a diamond. The company debuted the piece at this year’s Baselworld watch and jewelry show, which began March 21. 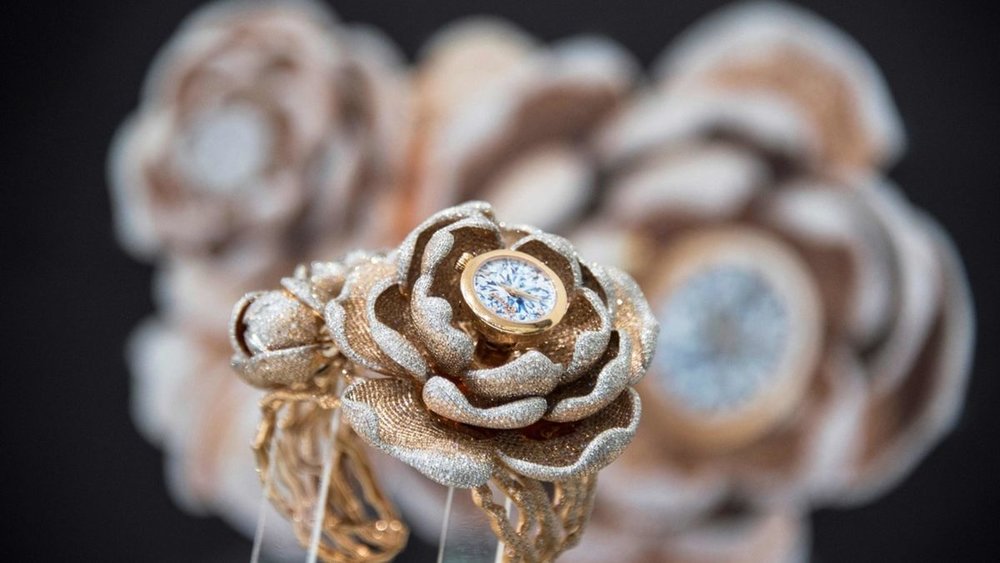 Coronet holds eight previous Guinness World Records, including one for the most valuable guitar, which featured 1.6 kilograms of 18-karat gold and 400 carats of diamonds.

The company also showcased its latest jewelry collections at the fair, featuring a new watch collection in partnership with Ahluwalia.