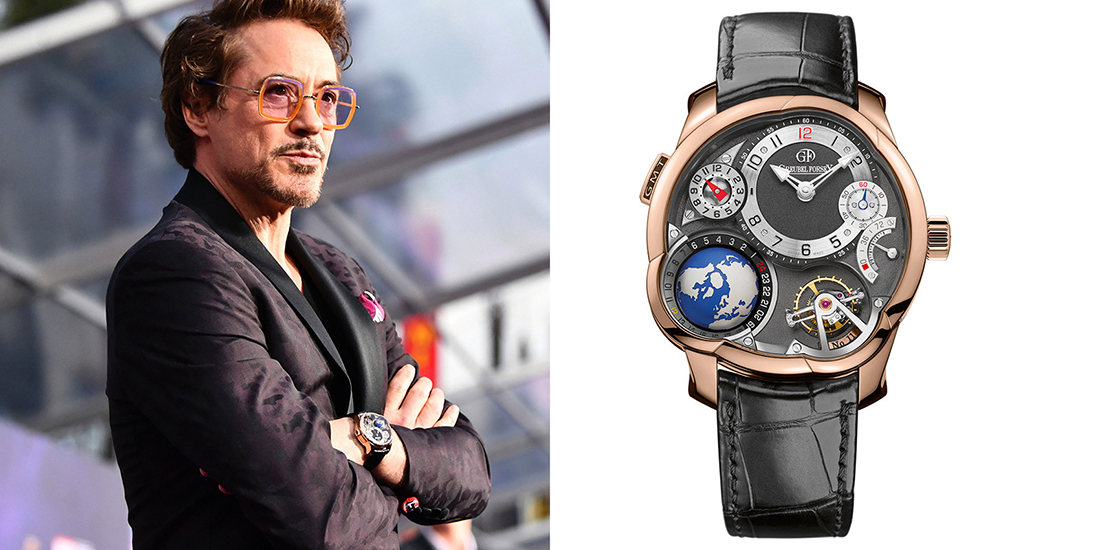 The Iron Man / Downey Jr., in a scene with Paltrow in Avengers: Infinity War. At the L.A. premiere of the film, he wore Greubel Forsey's HKD 4,200,000.00 hand-wound GMT in red gold, a 43.5mm showstopper featuring a rotating globe, a tourbillon and a 24-city world-time disk (on the back of the watch).

At the Tokyo and Los Angeles premieres, the Spider-Man actor wore a 38mm hand-wound Piaget Altiplano 900p in white gold on a black alligator strap, a piece that has been in his personal collection for a while. The ultra-thin timepiece has a case that’s just 3.65mm in profile and is priced at HKD 189,600.00. Earlier this year, Holland wore a skeletonized automatic version of this watch to the Oscars and sported a Cartier Santos at the world premiere of Spider-Man: Homecoming last year. 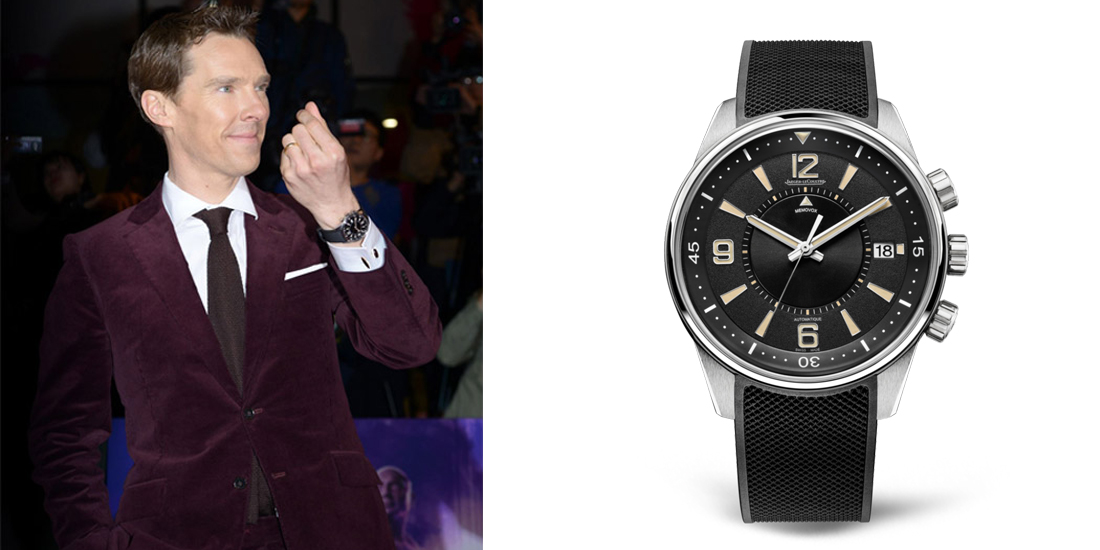 A Jaeger-LeCoultre Master Ultra Thin Perpetual played a key role in 2016’s Doctor Strange, and recently the watch brand is doing the same for Benedict Cumberbatch. In January he was named the latest Jaeger-LeCoultre ambassador and often has been seen wearing the limited-edition Polaris Memovox, the latest update of the classic, water-resistant style that’s celebrating its 50th anniversary this year. Featuring luminescent numerals on a black dial in a 42mm stainless-steel case, the HKD10,000.00 Polaris Memovox also allows the wearer to set an alarm that will chime for appointments or other reminders. And while the Polaris is technically considered a dive watch, last month Cumberbatch told The New York Times that he appreciates the watch because it’s “elegantly simple, light and sleek.” On the L.A. Avengers: Infinity War premiere red carpet, the piece paired nicely with his chocolate-brown velvet Made to Measure suit by Giorgio Armani. 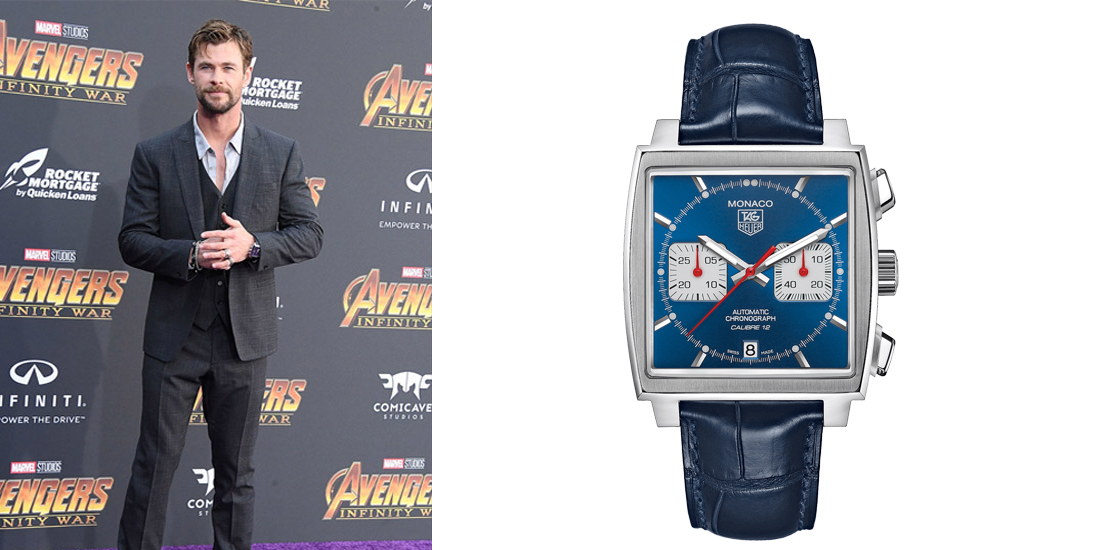 He wields a mighty hammer as Thor, but the watch Hemsworth – a TAG Heuer ambassador since 2015 – wore on the Avengers: Infinity War red carpet with his John Varvatos three-piece suit more closely favors another of his roles, as Formula 1 driver James Hunt in 2013’s Rush. The TAG Heuer Monaco Calibre 11 automatic chronograph was made famous by Steve McQueen in the 1971 film Le Mans and has been considered an icon among racing fans and watch collectors alike ever since. Instantly recognizable for its square case in brushed and polished stainless steel, matte-blue dial and two square subdials – a minute chronograph counter at 9 o’clock and a running second counter at 3 o’clock – this ultra-classic version of includes a black perforated calfskin strap and retails for HKD40,000.00.